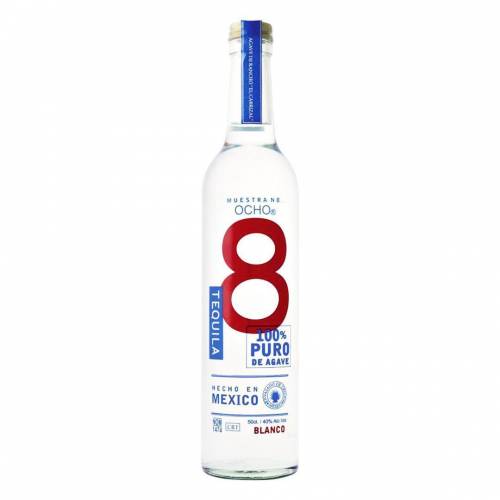 The essence of Tequila Ocho is the "Rancho Unico", this means that the agaves produced in a certain territory give different flavors to the tequila, and this proves that the terroir, in Spanish "Rancho Unico", exists in the agaves and in the tequila, as well as in vines and in winemaking. All the Ranchos of Tequila Ocho are located in the Golden Triangle between the towns of Arandas, Atotonilco and Jesus Maria, in the Sierra de Jalisco, where the altitude and the ferrous soil give the agaves greater body and sweetness. Characteristics that are reflected in the quality of the tequila. The production process is carried out with great care, in small quantities, with transparency, passion and pride, using only artisanal methods. The production starts at the Jimadores where the proud agave pickers (without them there would be no tequila) after cutting they lead to cooking in brick ovens for a 72 hour process between cooking and cooling. This process purifies the agave juice from its bitter characteristics. Fermentation takes place exclusively in special open wooden vats without added yeasts, so that the spontaneous yeasts act, and lasts between 96 and 120 hours. Subsequently, the must is distilled first in a 3500 liter steel pot still and then in a 300 liter copper pot still. It is then aged in reconditioned ex-American Whiskey barrels, so that the hints of wood do not cover the notes of the agave.