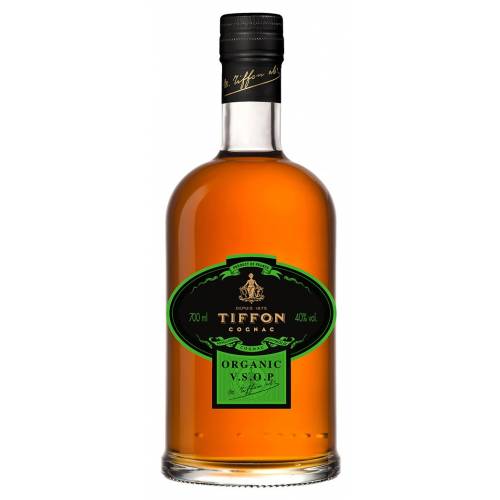 Sverre Braastad was born in Norway in 1879.

At the age of twenty he arrived in the Cognac region, joining his uncle Halfdan Braastad in the newly restored house in Alexandre Bisquit, Cognac.

A few years later he met Edith Rousseau, grandson of the founder of Cognac Tiffon, Médéric Tiffon, on the bank of the Charente River.

Sverre married Eidth in 1913 and, in 1919, they took over the management of the Cognac House dating back to 1875 and together they developed the largest family business in all of Cognac.

More than twenty years later they acquired the beautiful Château de Triac estate which became the home of 4 generations of Braastard. The château is located in the heart of Cognac and the estate includes 40 hectares of vineyards in the Fine Bois region.

The Braastads are still in charge of their House of Cognac, still doing everything personally, from the grape harvest, the wine production, the distillation of the cognac to the maturation of the noble, golden liquid in the humid cellars on the Charente river.

The master blender Richard Braastad, together with his brother Antoine and his cousin Jan, own about 13,000 barrels of cognac of different crus and vintages to have a useful selection for the pursuit of perfection in their products.

For example, if Richard felt that the vanilla scent in the latest VSOP blend was too light, he could take an old barrel containing a 15-year-old Petite Champagne Cognac knowing that it has a distinct vanilla tone.

Rated 5.00 on the scale 1 - 5 based on 1 customer reviews
Massimo S.
Acquirente verificato