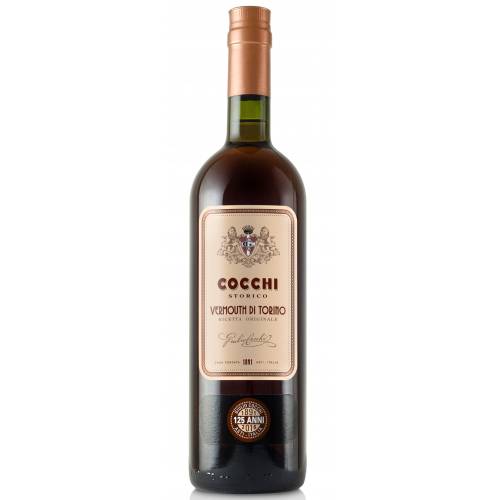 Vermouth di Torino is a collective heritage of Piedmont, which sees in the royal Savoy court as first big promoter of a product which, mainly starting from the late XVIII century, generated a flourishing industry which led Piedmont to become the Kingdom of Vermouth.
In occasion of the 120 years from the foundation, Storico Vermouth di Torino is again produced according to the original recipe of Giulio Cocchi. This vermouth belongs to the category of the sweet vermouths, or Italian vermouths, sweet and amber as indicated in the manuals of the late XIX century. Storico Vermouth di Torino Cocchi has been the protagonist of the international rebirth of the top-of-the-range vermouths and the renovated interest of the great barmen for the denomination Vermouth di Torino so that it is also familiarly denominated “Cocchi Torino”.
In a very short time, it’s become one of the top-of-the-range Vermouths chosen in the best bars of the world.