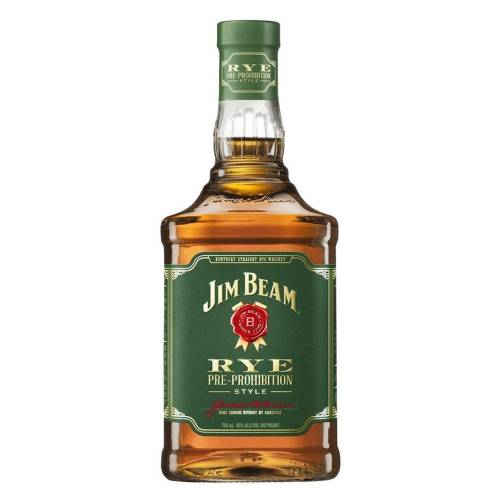 Jim Beam - today the largest bourbon producer in the world - was founded by Jacob Beam in the 1790s.
He is credited with selling his first whiskey cask in 1795 "and the legend was born.
It was briefly sold in 1920 during the ban, but was rebuilt in just 120 days after its repeal in 1933.
Made according to one of Beam's oldest recipes, this version of rye whiskey is made in a pre-Prohibition style.
Big, bold and spicy with hints of vanilla and black pepper, it's a pre-Prohibition-style Rye Whiskey.