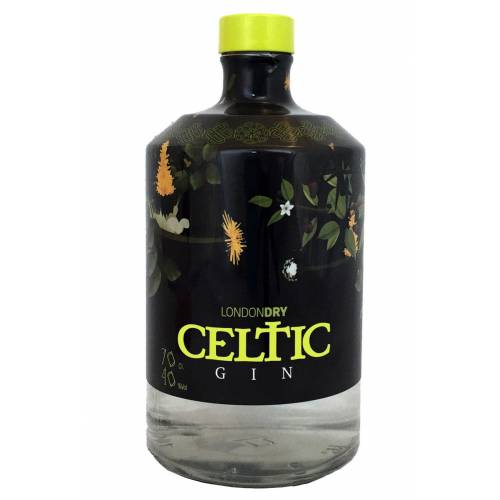 Has an ancient Irish Book of the eleventh century, The Book of Invasions, as the island was invaded by Galician Celts led by their king, Breogán.

The ancient Celtic settlements, our "Castros" are spread throughout Galicia and the Galician language contains hundreds of words with Celtic roots and genetic studies have considered and Galicia as the seventh and last nation Celtic, along with Ireland, Wales, Scotland , Isle of Man, Cornwall and Brittany French.

Celtic Gin contains some of these botanicals that proveíande the old druids value to their hordes before battle and those who subsequently healed them. To honor them, their value, traditions and our Celtic origins, have created Celtic Gin.

The Gin Celtic is ideal for the classic Gin & Tonic or as part of any exceptional cocktail.