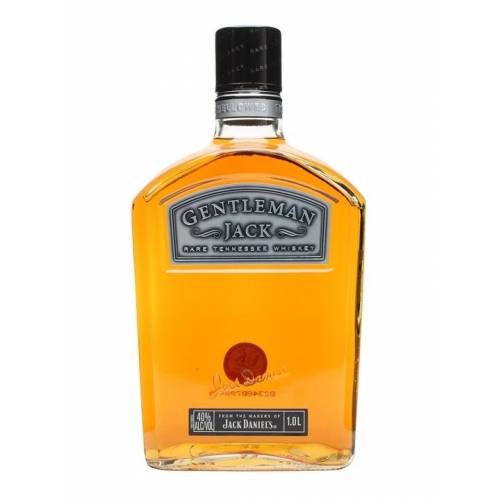 During his life, Mr. Jack Daniel tried his hand at charcoal mellowing his whiskey twice to heighten the benefits imparted by hard sugar maple charcoal. Based on Mr. Jack’s early notion, the Jack Daniel Distillery introduced this whiskey in 1988, because some occasions call for a gentler Jack.
Gentleman Jack is crafted from a slightly different recipe and, unlike any whiskey in the world, is charcoal mellowed twice, once before and once after aging. It’s been called Tennessee’s answer to a fine cognac…silky and soft…caramel and fruit (black currant and mandarin), laced with vanilla and smoke. It’s a light amber, delicate, yet balanced Tennessee whiskey. Folks in Lynchburg simply admire it for its “gentle” farewell.